Pay as You Go Devices

If your annual card turnover is less than £10,000 per year, then a traditional terminal rental agreement may not be your most cost effective option. There are now mobile point of sale (mPOS) devices available which you can purchase outright and which have no monthly rental fee or minimum monthly service charge. The mPOS devices “pair” with an iPhone/Android smartphone or tablet by bluetooth. The individual transaction charges are higher than a traditional terminal and most require upfront purchase of a device, but if your transaction volume is low then overall, these options are a cheaper way to accept cards. There are no lengthy contracts or monthly charges other than for transactions processed.

We have partnered with the best mPOS suppliers to present you with a range of devices to choose from. Here is a summary of the costs, scroll down for more detail on each device.

But remember, if your annual card turnover is greater than £10,000 then a traditional terminal lease may still be cheaper

myPOS was formeded in 2012 by the already successful iCard business. By 2017 it had successfully launched in every European country. It is headquartered in London and is licensed by the FCA as an E-Money institution as myPOS Europe Ltd. In February 2018 it opened its first myPOS store in London and has since opened stores in 5 other major European cities (Amsterdam, Sofia, Barcelona, Milan and Antwerp). 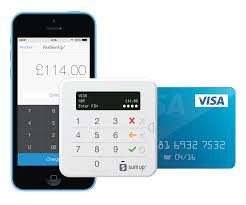 SumUp was launched in 2012 and has since expanded into 11 countries across Europe and is now expanding globally. It has over 140 staff with major offices in London, Berlin, Dublin and Moscow. Its shareholders include American Express, BBVA Ventures and Groupon. In April 2016 it merged with Payleven and the enlarged group currently processes more than EUR 1 billion of transactions.

The company is authorised as a Payment Institution by the Financial Conduct Authority (FCA) and is Europay, MasterCard and Visa (EMV) and PCI-DSS certified, ensuring that payments are processed in accordance with the highest security standards. 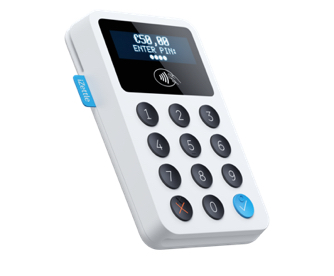 Zettle is payments made easy. The social payments company’s services are always secure, fantastically fast to set up, and super simple to use. The first iZettle service was launched in Sweden in 2011 and is now available to individuals and small businesses across Sweden, Norway, Denmark, Finland, The United Kingdom, Germany, France, Spain, Netherlands, Italy, Mexico and Brazil.

iZettle continues to help more entrepreneurs and small businesses accept payments and manage their business with their mobile point-of-sale solution (mPOS) – for a fraction of the price of traditional card terminals. You only need the free iZettle app, a card reader and an iZettle account to get started accepting card payments. iZettle has no start up fees, monthly fees or similar. You only pay a transaction fee when you get paid. iZettle is an E-money Institution, and as such, under the supervision of the Swedish Financial Supervisory Authority. iZettle is approved by EMV (Europay, MasterCard and Visa) and adhere to the requirements of the global “Payment Card Industry Data Security Standard” (PCI DSS) for handling card data.

All system development follows the industry-standard OWASP guidelines, and the entire system is hosted in a PCI certified server environment with 24-hour surveillance. 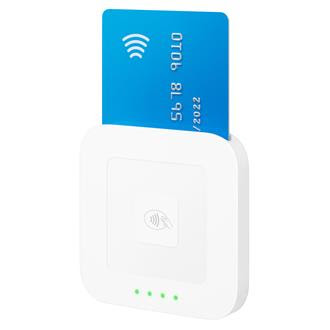 Square Inc was founded in 2009 by Twitter creator Jack Dorsey and listed on the New York Stock Exchange in 2015 (symbol SQ). It is currently valued at around $30bn with reported annual revenues of $3.3bn. It is based in San Francisco with operations worldwide, employing over 2,000 staff and launched in the UK in 2017. 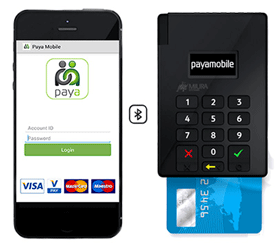 Award Winning Value for Money With Payamobile you get so much more for your money – a full multi-channel service including face to face, telephone, online and email link card acceptance. Since launch in 2010, we have attracted the attention of the industry, winning two awards – Best Technology Initiative and Best Multichannel Payments Solution.

We pride ourselves in offering exceptional value for money and a personalised service to small businesses.